Brain aneurysms are also called cerebral or intracranial – these are thin-walled protrusions, usually of a saccular form, which are devoid of the muscle layer. Arise due to defects in the development of arteries (congenital). Most often occur at the age of 30-50 years. There are 1.5 – 5% of the total population (from 600 thousand to 2 million people in Ukraine have aneurysms, 4-12 thousand aneurysms rupture each year.), Of which 15-20% have multiple aneurysms.

The main manifestation of aneurysms is hemorrhage, the lethality after which is about 60-70%. The risk of repeated rupture of the aneurysm is 60 to 90% within a year after the manifestation of the disease. The main goal of the operation in this disease is the prevention of recurrent blood thinning!

Description of the method.

The catheter is held on the bloodstream to the aneurysm, the aneurysm cavity is then filled with different types of spirals. Schematically, the entire operation is shown in the figure.

Examples of using the method of establishing spirals 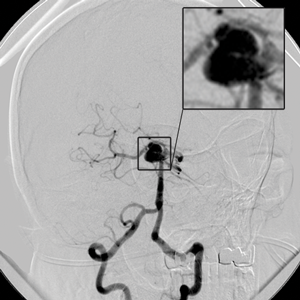 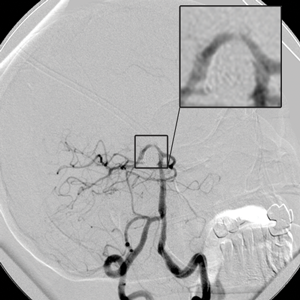 Aneurysm of bifurcation of the left internal carotid artery 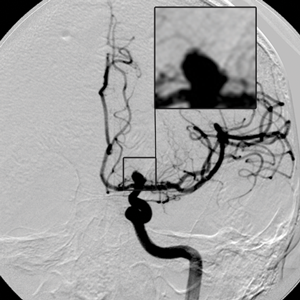 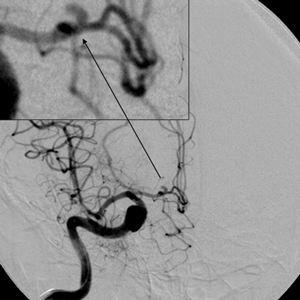 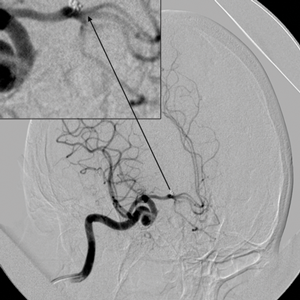 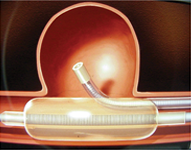 Description of the method.
An aneurysm with a wide “neck” uses an auxiliary technique (balloon assist or protective stents) to prevent the loss of spirals in the vessel on which the aneurysm is located.

Protective stenting with simultaneous exclusion of aneurysm from the blood stream.

Description of the method. To protect the artery from the displacement of spirals into the vascular bed, a technique of protective stenting with simultaneous filling of the aneurysm cavity is used. 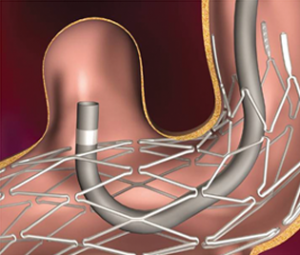 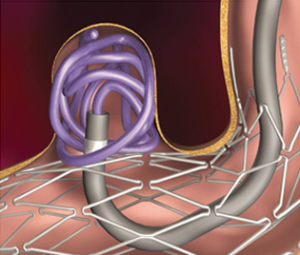 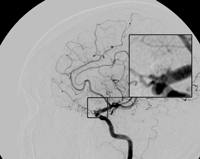 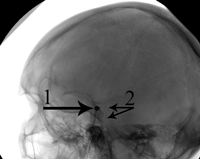 Further filling of the aneurysm cavity with spirals

Spirals in the aneurysm, stent at the level of aneurysm formation